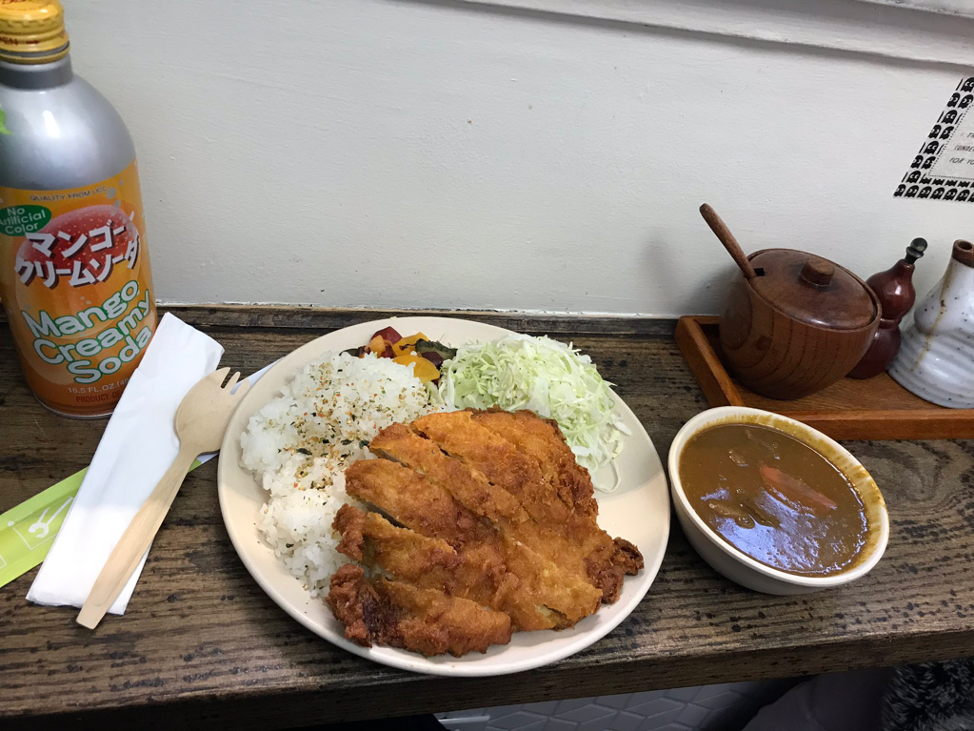 Over reading break, right before the world got weird, I visited New York. The main aim of my trip, as any trip I take, was culinary. I had not a single bagel, or “slice”, or monstrous deli sandwich, but instead continued my life’s sole mission of eating any and all Japanese curry. It’s an obsession.

Curry is ubiquitous in Japan: often referred to as the country’s “national dish”, despite its Indian origins. Curry was introduced to Japan by way of a culinary game of telephone: in the late 1800s Meiji Restoration Period, as Japan transitioned back to imperial rule, rather than the militarily-dominant shogunate system. The Meiji Restoration period also brought the previously-isolationist Japan in contact with the rest of the world, which sparked a drive to culturally and technologically “catch up”. The adoption of European cooking techniques was  a facet of this, birthing yoshoku, the Japanese culinary style of emulating western cooking techniques and, through absorption of British curry traditions, Japan developed their own techniques for カレー, curry.

Japanese curry differs somewhat from its Indian predecessor: the kinds of spice mixtures utilized in Indian curry are mixed with French-influenced roux methodology to make something that most closely resembles a warm, spiced stew, that often has some sweet undertones to better match the Japanese palate. It’s prevalent both in restaurants- with several chains dedicated solely to curry in Japan and slowly expanding westward- and in home cooking. Every family has their own special twist on the standard curry, even if using boxed curry. Much as with the British navy, Japanese curry has a special history with the Japanese navy, and it was a integrated as standard navy food in the late 1800s, as an easy, nutritionally dense meal to prepare for large groups of people. Its navy legacy has been mythologized in modernity, with a naval curry restaurant and information center now located in naval base city Yokosuka. 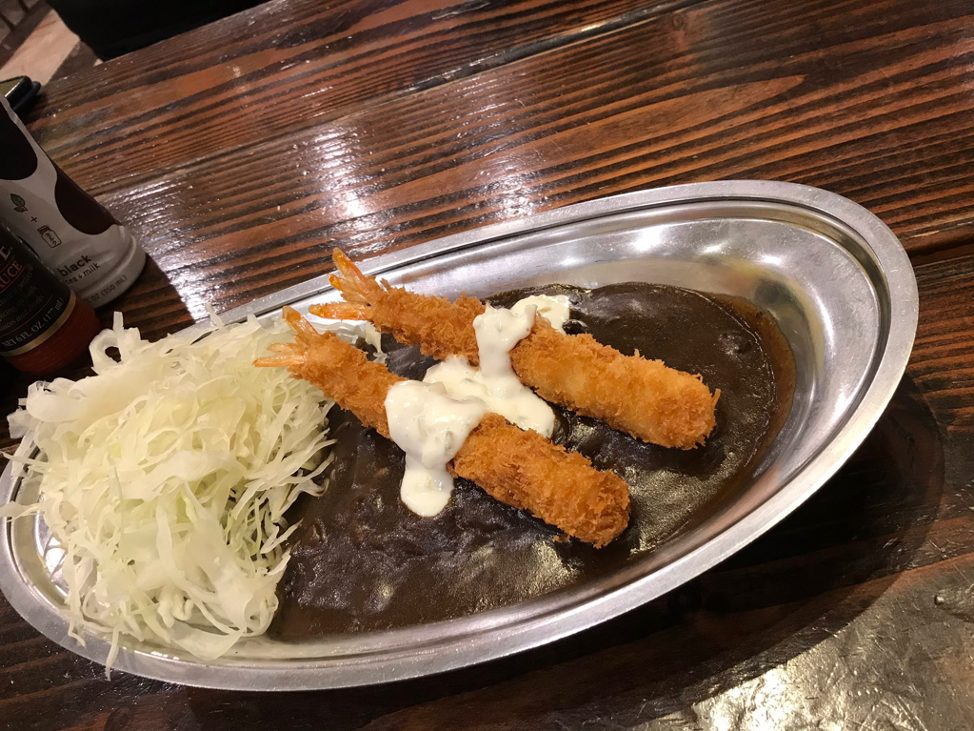 Japanese curry is often accompanied with another yoshoku classic: tonkatsu, breaded pork cutlets, and a healthy serving of shredded cabbage. The tradition of serving cabbage with tonkatsu, Japanese curry, and numerous other dishes, originates in the early 19000s’ Russo-Japanese war, as a means to deal with food and labour shortages: shredded cabbage required far less prep work than other vegetables.

This work by D. Esson is licensed under a Creative Commons CC-BY Attribution 4.0 International License.